Pomona Solar Co-op was set up and is run by people who want to see the power of the sun harnessed for the benefit of the people of Herefordshire. Our current volunteer team (with the support of Sharenergy) are:

Chris is a housing professional with 30 years of experience in the sector. He has worked and volunteered in Herefordshire since 1998 and was, until recently, the Director of Operations at a Herefordshire based housing association where he had responsibility for strategy, policy development and the performance of a number of key business functions including housing management services, supported housing, building maintenance, stock investment and business development. He managed annual revenue budgets of c£6 million, a team of 50+ staff and a development programme of up to 80 new homes per year. His successes included leading the first installations of PV panels and renewable energy solutions for the housing association as part of an investment strategy aimed at tackling fuel poverty and reducing greenhouse gas emissions in the housing stock.

Chris has a strong and long lasting commitment to the voluntary and community sector in Herefordshire. He was Chair of the Herefordshire Citizens Advice Bureau Trustee Board from 2007-2013 and is a current trustee of the LARC Development Trust (based in Leominster) and chairs the LARC Finance Committee. In this role he has helped LARC raise £3 million in funding and successfully complete a community asset transfer and refurbishment of an iconic building, Grange Court. (Director since 2015) 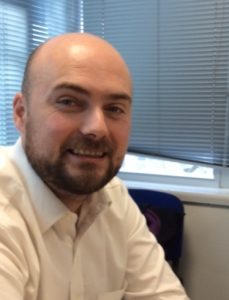 Ben has worked as a sustainability professional for over 10 years, and manages the energy and environmental management team at Herefordshire Council. He is responsible for corporate sustainability, sustainable transport, energy management, policy development, fuel poverty, fleet management and renewable energy investments. His successes include developing the county’s electric vehicle charging network, leading the county-wide LED street lighting project and developing the Council’s renewable energy investment programme. Ben also has a role with the Marches Local Enterprise Partnership, co-ordinating the low carbon group – he has contributed to local and regional policy development as well as facilitating development of a number of large European investment projects in the Marches. (Pomona Director since 2016)

Gordon started using solar PV in the 1980s and has worked with one of the UK’s pioneering renewable technology companies, Leominster-based Wind&Sun.  A physicist by background, Gordon is an elected member of the Institute of Physics. An enthusiastic proponent of electric vehicles, Gordon has converted various vehicles to electric drive over the past 12 or so years. He is involved in a number of other community energy initiatives, with KLEEN (Kington Local Energy and Environment Network) where he is Chair and responsible for the energy (saving and generation) group. He is a founding voluntary director of Kington Community Energy Co-operative Ltd . He is a trained volunteer adviser for the Home Energy Service (HES), supported by the Lightfoot group in Shropshire, and since 2016 has been liaising with CAT to provide public workshops across the Marches region to share the Zero Carbon Britain project research. His own house is en route to becoming a net zero carbon home, and he is involved in four community energy schemes across the UK. (Pomona Director since 2016) 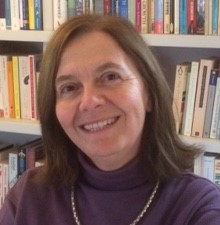 Jackie has been a director of Pomona Solar Co-op since 2015, having been professionally involved in renewable energy and energy efficiency since the mid 1990s. She co-founded, and for 12 years was editor, of a leading international publication for professionals involved in renewable energy, and organized specialist renewables conferences in the UK and overseas. She has been involved in local community energy projects since 2010, focusing particularly on initiatives for home energy retrofit and energy saving, but also in the early stages of community solar. She served for two years on the project steering group of Carbon Leapfrog (before it became Pure Leapfrog), helping assess community energy projects for support, and is a non-exec director for a community energy supply scheme. 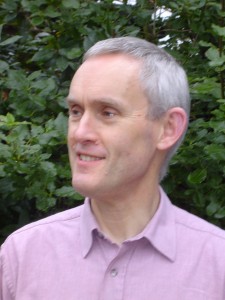 Rob served as a Director from 2015 to 2018 and has now returned as Company Secretary.

Pomona Solar Co-op is a member of Community Energy England

We’re listed on www.shares.coop the listing site – many thanks to them for their support

The share offer extension to raise the capital needed to build an extra 50kW is now fully subscribed.
Tweets by @pomonasolar